On Monday 20 May it was announced that Eficode, a Nordic DevOps heavyweight, has acquired Praqma, a leading Scandinavian DevOps consultancy operating across Denmark, Sweden, and Norway.

This move sees two Nordic companies that are shaping DevOps in Europe unite. Now they are poised to change the world of software as one company. The company will be fueled by the collaborative and forward-thinking attitudes that has made DevOps as a software-making methodology so successful over the past decade.

Together, Eficode and Praqma will be nearly 300 people strong, ready to serve customers across the Nordics and Europe with an even bigger community of software problem solvers working together to shape the future of software creation.

A match made in the Nordics

"When we started Praqma, we wanted the company to make a difference in the world of software. With Eficode and Praqma joining forces today, I believe that we can make a bigger impact together, and I look forward to this new adventure," says Leif Sørensen, the CEO of Praqma.

Praqma and Eficode’s DevOps expertise makes their company cultures similar. Both companies prize independent thinking, freedom in ways of working, the sharing of ideas, and honesty. These are not only values central to DevOps, but they’re Nordic values too.

“We’ve always called ourselves Nordic, but in truth there has been a country missing. Now Eficode can say we are truly Nordic. Eficode is 50 experts stronger and our offices in Denmark and Sweden are consolidated with this news,” comments Heikki Hämäläinen, Eficode’s Head of DevOps.

Eficode and Praqma’s approach to DevOps

DevOps is a software methodology that takes the fruits of Agile further by creating a culture that allows developers and IT operations teams to work together in a harmonious way. DevOps is also heavily associated with the automation of repetitive processes, an aspect which needs to be combined with cultural change to reap the full rewards of DevOps. Virtualization and Cloud computing are also core components of DevOps.

“DevOps is changing the landscape of software development for the better. Now, Eficode and Praqma are in a position to drive the potential of DevOps further by serving more companies who want to build their software a lot more efficiently,” adds Hämäläinen.

Eficode received a six million euro investment from Bocap’s private equity fund in the spring of 2018 to fuel the internationalization of its DevOps offering in Europe.

“We opened two Eficode offices in Europe last year: one in Amsterdam and the second in Munich. Today’s announcement about Eficode joining forces with Praqma and continuing on our journey together is a great step for software creation in Europe,” comments Risto Virkkala, Eficode’s CEO.

Bocap’s investment had also led to R&D developments in Eficode’s automated software production line, Eficode ROOT, used by software developers at companies like OP Financial Group in Finland. R&D work has focused on giving Eficode ROOT customers greater visibility (and real-time metrics) of their software production process, which is a trend in the industry.

About Eficode and Praqma

Eficode is a DevOps, software, automation, and design company with offices in Finland, Sweden, Denmark, the Netherlands, and Germany. Eficode is building the future of software development and digital services with 250 experts. Since 2005, Eficode has been the trusted advisor of customers wanting to become better at creating software. The company was an early adopter of DevOps in Europe.

Praqma is a different breed of IT consultancy. They specialize in DevOps and Continuous Delivery, and aim to change the world of software development by sharing knowledge and building strong communities. Praqma started in Denmark 11 years ago, and later expanded to Sweden and Norway.

Software production lines are a set of interconnected tools that software development teams  use daily. New features and code changes move from tool to tool through all stages of building software, such as requirement management, version control, and quality assurance. Automation strips repetitive work from the process and reduces the risk of human error.

Eficode positioned as a Rising Star in the ISG Provider Lens™ Report ... 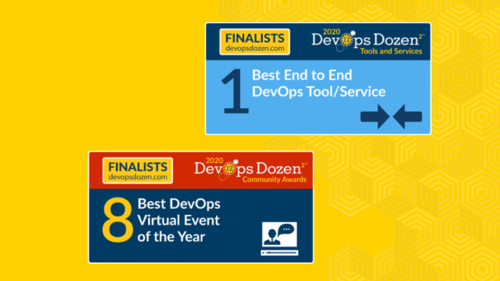