From Master to Coach 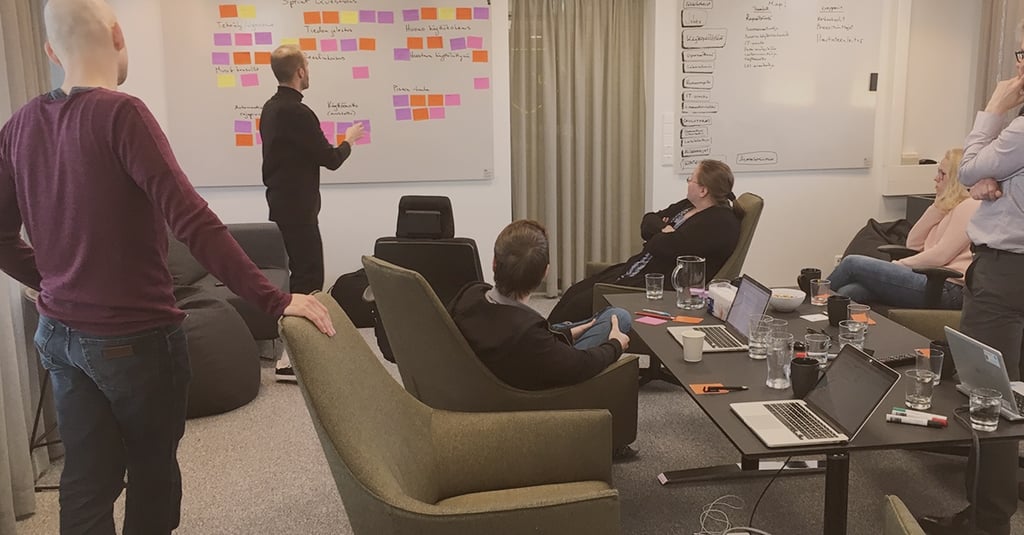 Eficode's Alexander describes how sometimes a Scrum Master is in fact an Agile Coach wearing the cloak of Scrum Master.

Everybody has their own journey, and hopefully describing my own here will help be a trigger for those who have the goal of becoming a coach. When I applied to Eficode for the position of Scrum Master and Agile Coach, I liked the Agile Coach addition to the title although I had no real idea why.

I had been a Scrum Master for my previous employer, where I learned that the description of a position only got you to the first obstacle. From there it is up to you to see how far beyond that obstacle you want to travel. For me it would only be far enough if it allowed me to fulfill my promise to the team as Scrum Master. To clear the road for them and help them find the best possible way to work as a team. Since the organisation had not yet adapted to Agile development on all levels, I found myself far beyond the borders of my team in all layers of the business, and involved in the projects my team was supposed to realise.

When I started at Eficode I did not know what to expect and, if I had known, it might have all seemed too daunting a role to take on. Looking back I’m happily surprised at all the different things I have been able to do and all that I have been involved in. The biggest change in mindset only came however, during the last few months. I say change in mindset because that is the only difference between a Scrum Master and an Agile Coach.

I was asked along to an interview for a potential customer who wanted Agile coaching for their development teams in a larger project. I had very little time for the interview since I had to get my little girl from daycare, but I felt confident I could help them out and I guess it showed. After the fifteen minute interview I left to take care of my fatherly duties and, shortly after, I heard they would like me to help them out to become more agile.

Just after the Christmas period I came into their office and we started to figure out where and how to begin. A couple of teams at a time, without losing track of the teams already coached, seemed to be the best tactic since coaching ten teams at the same time makes it hard to get things Done. Done, with a capital D of course! At first they asked me if I could facilitate Scrum ceremonies for them, but I realised that that would be a mistake unless they really had no idea how to perform them. I wanted the roles of Scrum Master and Product Owner to be clearly for those who held them and not for me as an Agile Coach.

I found that observing, asking questions and giving feedback were harder than I initially thought. The balance between wanting to get things Done and helping them to find out how to get things Done is challenging if you’ve always been involved in the projects. Quickly I found that the problems in the teams were not by a longshot, only team-related ones. The organisation had a lot to learn and needed to change. Luckily for the most part, I found that the people within the organisation were willing to look at their own processes and behavior with candor. I found a willingness to change; if only I found the right way to bring about my findings.

From experience I can say that this is almost always the case. People want to do their work as well as possible but have sometimes stopped questioning the reasons why things are as they are. A coach can help trigger that most important of behaviors, questioning the status quo and finding a better way. Something that cannot be managed or trained but can be cherished and nurtured by leadership. Something for which I found fertile ground. As a coach I brought my findings to the teams and the leaders within the company.

As a coach you don’t get to be in the spotlight. It should not be your ambition to lead or to shine but to enable others to do so. I find this to be fulfilling and by realising so have established myself as a coach before anything else. I also believe that to be a coach is the main function of any Scrum Master. You coach the team, you coach the organisation and you coach the people on a personal level.

That is why the title of this blog is from Master to Coach. Because the roles play on a broader field than Scrum or Agile. To be a Scrum Master you should understand the principles behind the method and the processes that connect your team to the rest of the organisation.

How about you? Are you a Scrum Master or are you in fact an Agile Coach wearing the cloak of Scrum Master?

Hans: “I like the variety of tasks and assignments”