What support did you get at Eficode as a student?

“So, I was a final year IT engineering student at Metropolia, close to graduating. Only missing a thesis and a course or two. When I joined, Lasse, our Helsinki Devops lead, said that I should get my AWS certification before jumping into a proper client project.

“I’ve been learning everything from cloud architecture and building continuous integration and deployment pipelines, project management, test automation and all kinds of interesting stuff.”

“I also got to tag along to the AWS Summit in Stockholm with some team members. That was a ride. There were so many talks and after every single one, I started getting ideas for some kind of personal project. There was definitely a lot to take in at first, but I learned about many new AWS features. It’s definitely a great alternative to hosting your own servers.”

“There are many people around the office to help me with all sorts of problems and questions. The other Eficodeans with more cloud computing experience, like Pravin and Pekka, have answered many of my questions and suggested new things for me to check out.”

“There’s also a Thesis group (‘Lopputyöpiiri’) at Eficode which takes place once a week and you can join in any phase of writing a thesis: just trying to find the subject to write about or applying the finishing touches? You’re welcome to join us! We’ll help you out.”

Why Devops? What motivates you to keep going?

“On the technical side, Devops helps developers automate away the boring stuff, so that we can focus on doing the stuff we really need to spend time on, like bug fixes and new features. I like working in teams and I also love the role of being the person who helps make everyone else’s work a bit easier. It’s a great feeling.

“You want to add acceptance tests and a deployment pipeline to your project? Okay, let me handle that for you. Need to figure out a way to upgrade server configurations in a predictable manner? I have an idea for that.

“I think that a good Devops consultant is really hungry to learn and gets a lot of joy from automation. It’s also important to look for flaws in your processes like bad communication and improve them constantly.

“Our VP Jari has a great way of explaining Devops: back in the day, assembling a car in a factory was a slow manual process with lots of people involved  and tons of moving parts that had to be added by humans. Nowadays all the repetitive tasks and heavy lifting is done by robots. Cars are made faster and humans can work on the creative and problem solving aspects. Devops tries to bring that leap in productivity to software development.”

Wow, that sounds like a lot! Does it ever get overwhelming?

“It looked overwhelming when this small journey of mine began. However, every single part came naturally, and I learned it when I needed to and not all at once.

“I also get to apply what I’m learning to internal projects I’m helping with, so it’s great to have the chance to immediately put the things I learn into use. I feel like I am being encouraged to learn for personal skill growth… that I am learning stuff to become a better professional instead of just learning things to complete a certain project.”

How did the start go with you? What might someone else expect?

“If you’re coming straight from school you will most likely be assigned to a project as a junior and you’ll be working alongside people with a bit more experience. My path was like that, since the company needed a couple of people for an internal project.

“I’ve been working on a Devops audit tool with other new guys like Jere and Aleksi, as well as some summer employees. It was great, because the project uses almost all of the tools that we recommend that customers use, so it was an awesome learning experience.”

How did you end up at Eficode in the first place? Why Efi?

“When I researched Devops in Finland, I searched online for companies which were really focusing on Devops. Instead of just becoming a ‘Devops guy’ in some company, I wanted to work in a team with a bunch of people who were experts in the field. This way, I can learn from other people in the company instead of being the sole engineer for a product or company.

“I went to a job fair at Messukeskus. I knew Efi was gonna be there and I went to the speed interview. That went pretty well and then I just hung around talking to Eficode employees at the fair booth, exchanged contact information and got invited to an interview. Next thing I knew, I was being handed my badge, keys and laptop.”

What did you expect before your first day and how has Efilife matched up to it?

“I had heard about the employees getting together on Fridays. I assumed it was just PR. Surprisingly it’s now one of the things I look forward to most every week. On Friday mornings we eat breakfast together and later on in the day we might play some video games.”

What do you think could be improved at the office?

“Personally, I like segmented offices more than open offices.  There’s definitely things I like about shared spaces, so it’s not a total turnoff.  Sometimes we get a bit too excited about debating about the best way to do a certain thing, and noise levels rise a bit too much. It’s all in good fun but we get carried away sometimes!”

On the flipside, what’s the best thing about coming to work?

“I like the flexibility in hours a lot. It’s nice to not have to wake up super early to commute, because I live in Espoo.  I also like that even though I felt like a trainee in the beginning, there’s no distinction here. I just got treated like a normal employee. I actually felt like a team member, and I had responsibilities in the internal project. No one’s watching over my shoulder, except when I ask for help. It helps you grow.”

What would be an awesome project to work on?

“A service platform project where things like test reports, build results and deployment confirmations had cool graphs and visualizations on a screen.”

Got a favorite quote for me? If you had to get one tattooed to your arm?

“Everybody has a plan until they get punched in the mouth. – Mike Tyson. He said it best. Maybe I’ll just skip the writing and get a tribal tattoo on my face…”

If you could pick a superpower, what would you want?

“Eternal youth. I’m a big fan of my joints not aching all the time.”

Got any phobias you’d like to break? What scares you most?

“Every once in a while a video goes viral where there’s a person who is high on pain medication, and they say crazy or silly stuff in front of their friends and family. That’s my worst fear. Not being able to control what I’m saying. And spiders. The big hairy ones.”

What’s the first song would you put on your developer playlist?

“And the Waltz goes on’, composed by Anthony Hopkins. The guy who played Hannibal. Who knew he could compose  classical music?”

Who’s someone you really admire? Why?

“I really admire my mom and her ability to do tedious things  with a smile. She is missing the part in your brain that always tells me to put off “that important thing you should get done sooner rather than later.”

Who was the first Eficodean you met? What were you doing at the time?

“I started around the same time as Aleksi and Jere and they’re actually worked with me on an internal project, and they wrote their bachelor’s thesis’ the same time as I did. It’s been really great to have people doing same stuff as me and learning along with me.”

Thanks for talking to us Hamzah! To make an open application as a student, look no further than our careers page. 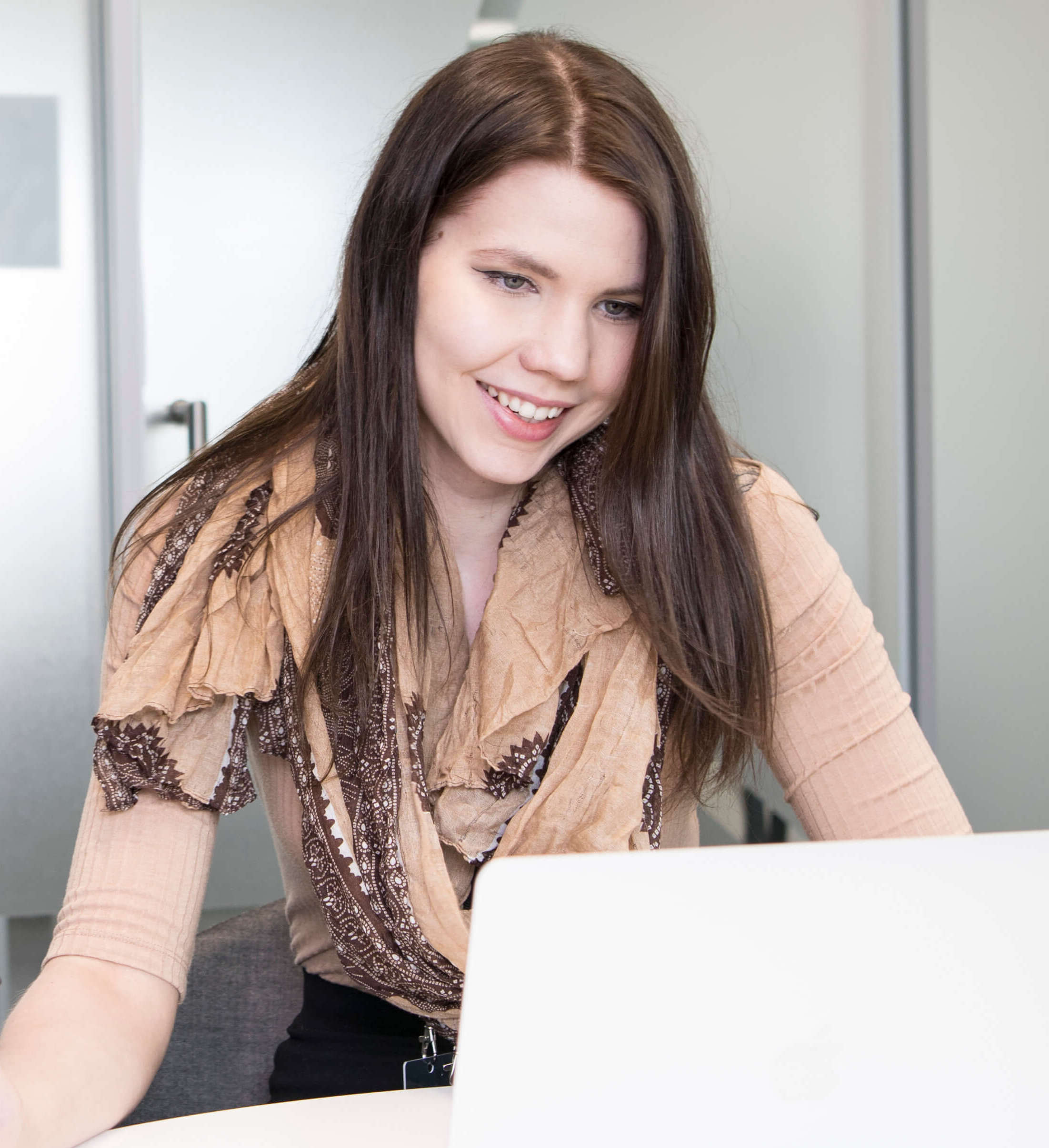 Linda is Eficode's HR Assistant. She went to an English-speaking school back in the day, and she still enjoys writing and reading in English. Her hobbies include circus school and taking care of two dogs.