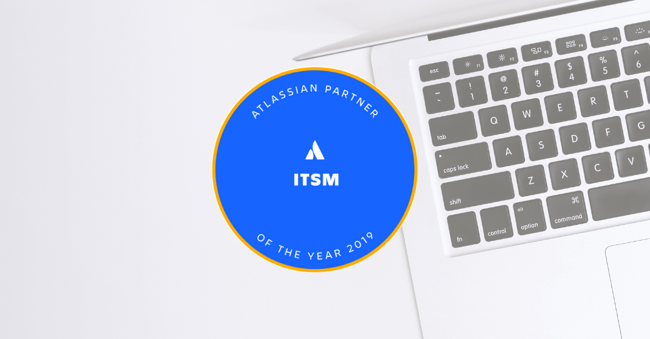 “The collaboration has gone fantastically. Clarity, responsiveness and respect have all played a role in the success of the project.” Anders Lidén, IT Business Consultant Riada - Now part of Eficode

Agile sprints, responsiveness, and a willingness to cooperate were needed for meeting a challenging deadline. One of Sweden’s largest trade unions now has an efficient issue tracking system that will be gradually expanded with a range of additional features. Atlassian’s ITSM solution - Jira Service Management - makes life easier for both agents and end users. Riada - Now part of Eficode, assisted with the implementation and will continue to provide the expertise needed.

Previously, the union was using an issue tracking system that did not meet its needs. It didn’t offer the right features and traceability, and it was not possible to integrate the system with suppliers’ issue tracking solutions. When support for the system was moved abroad and as the license agreement was about to expire, the union decided it was time to find a new system and a long-term Atlassian partner.

The challenge: A tight schedule

The system chosen was Atlassian ITSM: Jira Service Management, which meets the union’s needs when it comes to features, flexibility and traceability. The system can be integrated with those used by the union’s partners to ensure seamless issue tracking. Another factor that swayed the choice of system was the competitive price offered.

For the union, it was crucial that the Atlassian partner chosen was experienced, took a long-term perspective, and could handle the challenges. The union also wanted to reduce its reliance on consultants and manage the administration itself. Riada - Now part of Eficode, was identified as able to meet those requirements.

The working group had a little over two months to implement the new issue tracking system. The 3,600 end users would be directly affected if the work was not finished when the current system’s license ran out.

“We are proud to have helped the union make life easier for both their end users and agents. Thanks to their great vision, both sides could see what needed to be done, and we could effectively help to lay this great foundation.” Christian Nordström, Atlassian Consultant and ITSM Specialist, Riada - Now part of Eficode

The solution: Agile methodology and prioritizations

Success factors for managing the tight schedule were: frequent project reconciliations and agile sprints. The working group met every week to go over the situation, priorities, and the work for the week ahead. An important point on the agenda was the demo that Riada - Now part of Eficode, provided for the rest of the working group, which generated valuable feedback

The result: A solid foundation and reduced reliance on consultants

The union now has a stable system that can grow as required, where problems can be reported and requests placed. The flexibility Jira Service Management offers provides them with the right conditions to develop even further within ITSM.

For agents, issues are easier to manage in the new system. Integration with suppliers allows them to bypass a whole array of manual steps. The end users are noticing improved user friendliness in the form of the reworked service catalogue, which has become clearer, offering simple choices. Increased traceability means that they can also track the progress of their issue.

Working on a tight deadline with a clear objective has brought the common working group together. The agile working practices laid the foundations for good collaboration, in which responsiveness and speed are key factors. Throughout the process, the focus has been on creating a fantastic user experience for both agents and end users.

A major gain for the union is the reduced reliance on consultants, as they are now able to manage administration tasks themselves. Collaboration with Riada - Now part of Eficode, is set to continue, but no longer as daily work. Instead, the union will call on Riada’s expertise when the need arises to expand and improve features. And given the vast opportunities opened up by Jira Service Management, we can safely conclude that the sky is the limit.