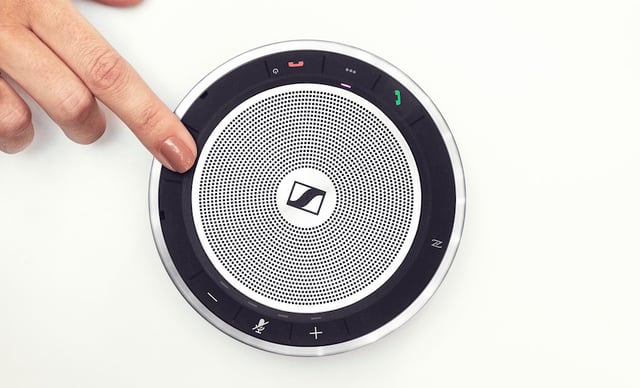 Sennheiser Communications worked together with Eficode to align their Continuous Delivery pipeline. Read how a global brand adopted DevOps successfully, with a wireless speakerphone completed 3 months ahead of schedule.

As more products became embedded with software components at Sennheiser Communications, the company found that their infrastructural and development processes had become bottlenecks. Software creation was slowing down product releases.

For this reason, and to allow for stable scalability of high-quality products, the software department decided to go fully Agile by adopting DevOps. This was a decision made by Sennheiser Communication’s Head of Software Development, John Sørensen.

The strategy was not to have a dedicated DevOps team, but a virtual DevOps ‘guild’ across the software departments. In collaboration with that guild, a newly appointed DevOps Manager built a customized Continuous Delivery pipeline for the frameworks already in use by developers.

Embedding a culture of DevOps at Sennheiser Communications

The company’s virtual guild strategy helped to build a culture which facilitates DevOps. The virtual guild remained in the teams, in their respective roles, but readily stepped in when DevOps needs arose, as agents of the DevOps transformation.

The goal was to foster a DevOps culture across the departments to allow for increasing levels of automation. This included creating a culture of blameless post-mortems and increasing the number of feedback checks automated within the framework.

Metrics were displayed on dashboard screens across departments, which allowed for more collaboration and faster reactions to incidents. 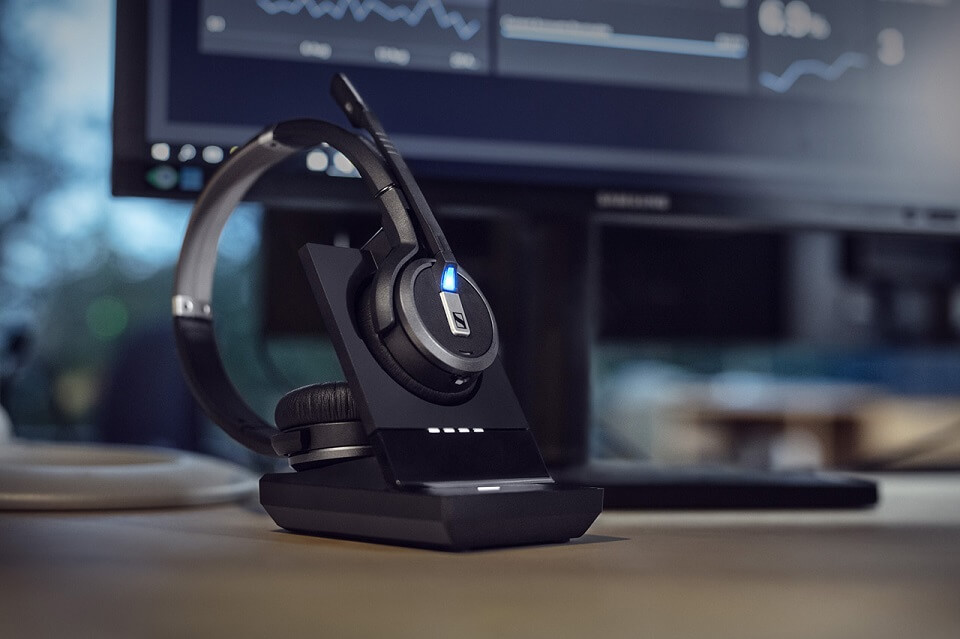 Sennheiser Communications made sure in the beginning of their journey to quickly demonstrate gains in areas such as continuous integration, automated testing, Agile collaboration and dashboard visibility, to prove that approaching work with a DevOps mindset was worthwhile.

The main benefits of transitioning to DevOps ways of working were different depending on who you asked:

With time, it’s become clear that products such as the GSP 670 are now being developed quicker than before. One of Sennheiser Communication’s wireless headsets, an SDW 5000 variant product, took only 4 months to develop. What’s more, a SP 30 wireless speakerphone got completed 3 months ahead of schedule.

The company’s DevOps guild had seen Eficode talk at a conference about Robot Framework and test automation which is one of the reasons why they chose Eficode.

Eficode as an additional catalyst

A reworked framework was built in record time thanks to Eficode. This framework integrates various tools needed by developers. Its stability supports processes such as development workflows, branching, versioning, tagging, security, governance, and merging. Deployment is made configurable and gating is inbuilt within the framework.

Eficode provided road-tested guidance and scalable implementations thanks to its DevOps expertise. This has advanced a sustainable way of maintaining a DevOps culture within Sennheiser Communications, so that autonomous teams align around a common strategy.

“I think it’s been a really good partnership because Eficode endeavors to stay on pace or even ahead with DevOps best trends. We’ve worked with different vendors but the relationship with Eficode has felt like teamwork. We are looking forward to taking Eficode ROOT, the DevOps platform, for a test ride.” comments Peter Ntende, Sennheiser Communication’s DevOps Manager and SW tools Expert.