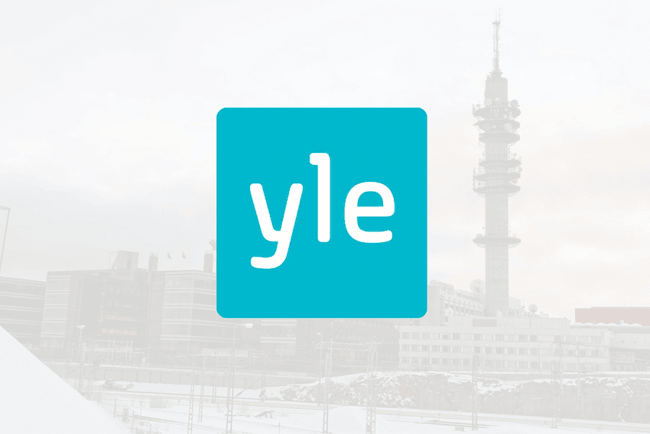 Read how Eficode helped the leading media company in Finland to adopt a DevOps mindset with our DevOps assessment.

When operating as a leading media company servicing a whole nation, it is vital to challenge one's own systems in order to ensure that internal and external processes and services are at their best. Knowing so Yle wanted to test their own systems. The goal was to check all the systems, how they were developed and how automation could improve the software and replace manual processes. What Yle needed was a DevOps assessment.

“One of the key benefits of the assessment was that it provided a new level of transparency. It became visible for everyone, that the different teams were at different stages. The result and recommendations of the assessment helped to continue the open discussion amongst the teams. Further, the assessment provided us general ideas how to develop our way of working", - Tomi Nyyssönen, Yle

Nearly all of Yle’s main IT-systems were very closely examined from a technical perspective. The assessment processes are mostly quite straightforward as the employees at Eficode are very experienced and have done dozens of similar assessment for other companies. Further, there was a great focus on code analysis and an analysis of documentation. However, the main focus was to automate every process possible.

DevOps assessment model can be broken down into four main activities:Kickoff, interview, analysis and development proposal.

The first step in the DevOps assessment took place as kickoff meeting looking at all the areas in which should be investigated. The second step was to interview employees of Yle who was involved in the development in order to investigate how they produce, deploy and use testing throughout.

One area of improvement was development of documentation

The documentation during that time were widely spread throughout the entire company. Yle had approximately six different systems for documentation. Eficode’s recommendation was to only use one system which could cover all the functions of the previous six systems and automating the process to ensure that the documents are always up to date. Some of the other main areas of improvement involved Cloud services, Code analysis and Architectural planning.

Further, an estimate of time and effort of actually implementing the development plan was provided. Time scaling every step of the plan allowed Yle to take the matter into their own hands and continue the project themselves internally.

The results of the assessment were compiled in a comprehensive document, which encompassed the system's central problems and areas of improvement. The recommendations and next steps were reviewed alongside Yle’s development department. Eficode provided the groundwork so they could continue to improve their systems themselves.

“The scope was on all of our main services. We have implemented most of the recommendations and we are continuing in that direction. The assessment helped bring a DevOps mindset and opened up for communication, which was a huge benefit in my opinion.” - Tomi Nyyssönen, Test Manager, Yle

Yle is the first and oldest television channel in Finland. More than 70% of the channel's programs are documentaries, news or educational programmes.

Discover a roadmap to better software