Robot Framework: Past, Present and Future 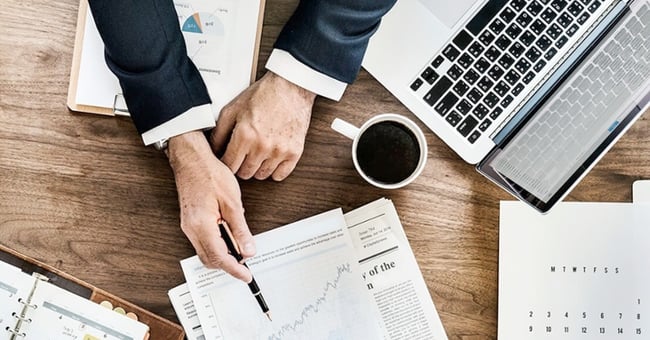 The story of Robot Franework: what happened in the early days, what’s the current situation and, of course, what will be done in the future?

Hey, my name is Paul Laihonen and I work here at Eficode in platform support. I, as well as many others, participated in the DEVOPS 2016 conference a few weeks back, and would now like to write a little about a certain presentation held there by Pekka Klärck, the lead developer of Robot Framework. In the presentation Klärck talked about how he came up with the test automation framework, what happened in the early days, what’s the current situation and, of course, what will be done in the future.

First of all, for those who don’t know what Robot Framework is, I’ll throw in a little introduction. As the name suggests, Robot Framework is a generic test automation framework very suitable for even those who are not too familiar with programming. The syntax is keyword driven, which means that is easy to read and understand. The other great things about Robot Framework are reusability, open source (it’s free for everyone!), full extendability with Python, Java and certain other programming languages, and flexibility: it can be used in almost any environment (mobile, web, embedded systems - you name it!) Anyone can get more familiar with Robot Framework at its website: http://robotframework.org. I also provided a simple test case example in the end of this post for one to see how easy it is.

The story started in 2004 when Krärck was doing his master’s thesis. He had already worked with different testing frameworks in an earlier project, and was a little annoyed due to the constant reimplementing and reinventing of certain parts of tests. So, he decided to research the subject and came up with multiple prototypes of his own keyword driven framework. The actual development of Robot Framework started in 2005 when Nokia Networks needed a generic test automation solution. After the development started, and the first release came out later the same year, the usage started to spread pretty rapidly. The first release and popularity also raised the idea of open source. So, after the legal fine-tuning was out of the way, Robot Framework 2.0 was released as open source, in 2008.

Nowadays Robot Framework has many common test libraries and other tools built for anyone to use as well as plugin for other development environments, such as Eclipse. It’s also used quite much around the whole world - but especially here in Finland. Klärck mentioned that he has even heard someone calling Robot Framework as de facto tool for automated testing in Finland.

In the future, it’s expected that the community will grow even more. As the spread has been mostly from word to mouth, the more people are involved, the more new people will know about it. The biggest enabler for the future growth will probably be the Robot Framework Foundation. The foundation’s idea is to secure the the frameworks development and future. Currently any Finnish company can join the foundation through its website http://robotframework.org/foundation/.

In case you missed the seminar, and wish to see the presentation, it can be viewed from HERE.

Verify payment has been transferred correctly