5 Days of Jamming! What’s it like to be part of the band?

A Service Jam is a workshop during which a customer’s idea is analysed and, over the course of five days, transformed through concept creation into a realistic prototype that is user-tested on the final day. What’s it like to be part of the band in the jam?

Once again, something new. It has become the mantra of my work here at Eficode and there's never a dull moment. If work at Eficode is dull for you, then you might just be hiding in the sauna all day. We don’t have a cellar to hide in either so as long as you are visible, people will approach you.

I myself was approached sometime after The Digital Product Builders 2017 event, during which I had the honour of being the show master. On this occasion however, I was invited to be the Mission Leader during one of Eficode’s Service Jams. I guess now would be a good time to explain what a Service Jam is and perhaps the role of a Mission Leader.

A Service Jam is a workshop during which a customer’s idea is analysed and, over the course of five days, transformed through concept creation into a realistic prototype that is user-tested on the final day. The end result is hopefully one where the customer’s concept has been validated, tested by potential users and an informed decision made as to whether or not to go ahead with actual development. This is a relatively cheap and fast way to prove or disprove a concept.

As a Mission leader it is my task to get all the information needed for the project that might follow the Service Jam. My role is to act as project manager and scrum master as well as assist the other team members whenever possible during the service jam.

So there I was, a Mission Leader, getting ready to tick all the checkboxes, like a space program's mission leader, except that is not all that a Service Jam is; as I had found out already long before the Jam.

A Jam needs to be prepared. Yes, it has all the characteristics of an improvised jazz performance and the instruments need to be tuned before ascending the stage. Important things like end-products per person and the plan of approach are discussed as well as the more simple tasks such as arranging breaks, lunch and coffee.

Contrary to a concert we, the band, welcome our guests with a figurative applause. They have decided to take the plunge with us, to take the risk and put their ideas on trial during a very intensive five days. There are no guarantees that their ideas will survive the Service Jam but one thing is for certain: if they do it will have been examined from multiple angles and by experts from different fields and, in the end, even verified by potential users. The investment of a development project will have been proven to be a worthwhile risk.

The pace of a Service Jam is not for the faint-hearted. It is a tightly structured workshop. It needs to be able to get from no more than an idea in the customer’s head to a clickable and user testable prototype in such a short period of time.

On the third day the actual design starts, wireframing and deep discussions about functionality are the core of the day. Different points of view become sometimes painfully obvious during these moments because this is when it gets real.

The last workshop day before user testing is all about creating a prototype as well as getting a clearer picture of the to-be technical architecture and any potentially following projects. At the same time the user tests are being prepared.

On the fifth day user testing is the most important event and it is also one of the most exciting stages since the idea that is now in the form of a prototype will potentially be verified. It is an important event for the customer but also for us, the Eficodeans involved in the Service Jam session, because it is the verification of all the work that has been done during the previous four days.

At this point communication between the Eficodeans and the customer has become much easier because we understand each others vocabulary and needs. United, we watch the screen carefully to see how the test users are responding to the prototype. Will they see added value and what about the user experience?

The customer breathes easily, the users are happy with the prototype and are able to find their way around the proposed functionality with ease. Tension leaves the room and the Mission Leader knows it is time to walk to the fridge, bring out the glasses and pop the cork on a bottle of sparkling wine to celebrate the win for both the customer and Eficode’s team. Win-win! That is what Service Jam is all about; two bands coming together and forming into one, improvising until we find the groove and afterwards receiving the audience’s applause together.

It was a rush for me to be part of this Jam and I hope to join many more in the future. For now I leave the stage and invite you to join us: Let’s Jam! 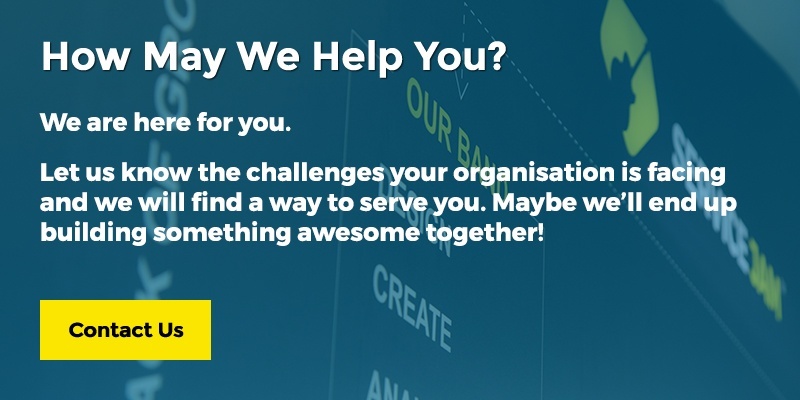 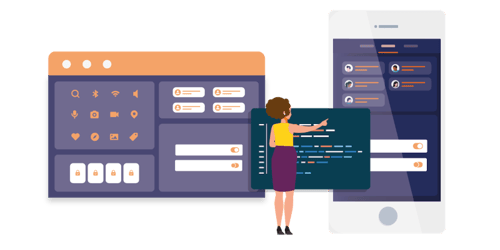 How to successfully buy a digital service development project - #2