DEVOPS 2017 is now officially wrapped up and what a great event we had. Couple of weeks ago, people from different companies and backrounds gathered together in Helsinki Messukeskus to listen insights and stories about DevOps world. More than 300 people attended onsite and over 500 people via online live stream. Now it's a good moment to go few weeks back in time and see what the two conference days included and what attendees thought about the event in general.

Automate everything! That's what it was about among other interesting themes such as Bizdevops, GDPR, containerization, analytics and cloud architectures. Both event days included over 20 keynote speakers from all over the world. Here is a little taste how it was:

Like last year in DEVOPS 2016, we asked our onsite and livestream attendants to give us feedback and ratings for different event areas. How good the speakers were this year and who were the best speakers according to the feedback? How was the after party and livestream? What rating the DEVOPS 2017 earned overall? Read more and check it out!

We asked our attendants to give an individual rating to every speaker, on a scale of 1-4. According to the feedback the average speaker rating was almost 3/4 - a positive result overall. There were still a couple of speakers who were more interesting and luminous than others and the best speakers were awarded with 3.50 ratings overally. Who were they? Here is the top 3 list based on the feedback results with presentation videos:

Special thanks to all the speakers for a great effort and participation. You are also able to watch all the other speaker presentations on the Eficode Youtube channel DEVOPS 2017 playlist.

This year, the huge demand and interest of DevOps was obvious - event tickets were sold out in a record-breaking time and many people were unfortunately left without a change to buy a ticket of their own.  Luckily, we provided a different solution to join the biggest Devops event in Scandinavia via free livestream on a two-day journey. Very soon, almost 600 people from all over Scandinavia found their way to participate remotely.  No pressure on the quality of the live stream, right? After the event, we asked live stream attendants to give us feedback about the livestream experience and in our satisfaction, the results were great. In a scale of 1-4, the average overall livestream rating was announced to be exactly 3.34. In the same time average rating for live stream recommendation was 3.30 . So it could be fair to say that we lived up the expectations of our great livestream audience. Hopefully you enjoyed it as much as the ratings tell us!

After the first event day, the official afterparty was held in the premises of our fantastic event partner, Elisa. The afterparty venue was soon packed with eager conference attendees. Evening included tasty drinks, natural and trendy food, active mingling, good music and great atmosphere - that is at least what we thought about it. So how was the overall feeling according to the people who participated? Based on the feedback we were right - average rating of afterparty was accurately 3.47 in a scale of 1-4. Partytime, bingo!

Overally the event was a success as average rating for relevancy and average rating for recommendation were both given three-plus ratings. Overall rating for the DEVOPS 2017 was 3.11 / 4.00 which we are pleased to reveal. Of course, there is always room for improvement! Next year, in DEVOPS 2018, we are hungry to offer more technical speakers, live demos and presentations. As the feedback shows, almost 70 percent of attendees were presumably technical employees from different sides of IT implementation. So do not worry, a lot more high level technical stuff incoming to answer your demands, of course without forgetting to pay attention to the business side of DevOps at the same time.

Once again, we at Eficode would like to thank you all the attendees and great speakers who made this event so remarkable. Let's meet again in DEVOPS 2018! Date, time and theme will be published in a couple of days, on June 15th so stay tuned! 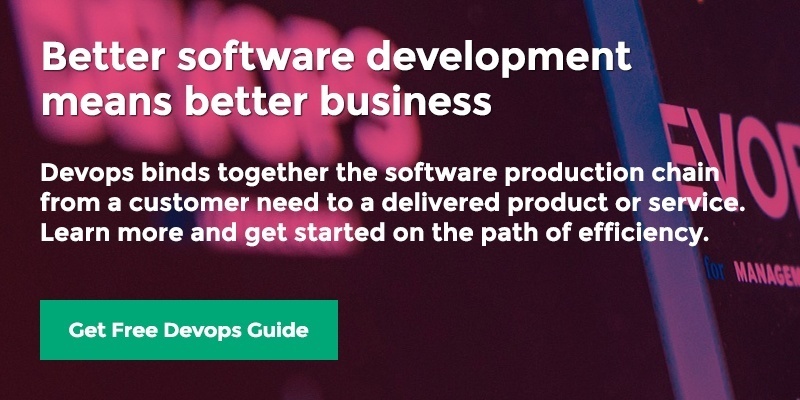 Heikki is Eficode's Head of Growth. He believes automating everything is only the beginning.