Our trip to CITCON 2017 conference in Amsterdam 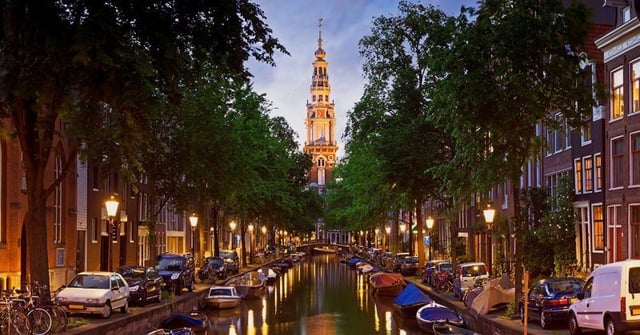 CITCON brings software development people together to discuss about questions you can't find from Internet. Of course Eficode needed to be there as well!

CITCON (Continuous Integration Testing Conference) is open space conference where people can join and present their ideas or problems. The event is held in different country every year and 2017 it was held in Amsterdam, Netherlands.

CITCON started on 19.05.2017. During the Friday session the “speakers” have announced their topics the attendees could vote for topics that what should be discussed during Saturday and ordered those topics to rooms.

According to the organizers this was first time ever when every topic was held, usually few of the topics are going to be left out due to the timetable.

This was my first time to be in CITCON conference and I haven't also been in open space conference either. So how does the open space work?

As mentioned there are “speakers” from the attendees and those topics are voted and held based on the number of meeting rooms etc and how much time there is. Each session was about 1 hour.

There basically two kind of types you could be at the conference:

So it was interesting to see how people behaved during the sessions. Sometimes I even left the conversation because it started to get further away from the original topic. Some speakers held their own topic by pointing that this was now currently out of the context and some let the conversation flow to any desired direction.

The topics were more or less related to CI and testing but some of them were more general level of software development.

Because there are no predefined topics and the conference is so wide, then of course the attendees know how was also very varying. There were lot of expert level people and few of who has just started to work with software development. So even if the topic seemed something that you really would want to get others opinion but then discussion would drift to very basics of e.g. test automation. That’s why it was nice to have an option to leave current room and join next interesting topic or just hang out on common areas.

There were few key pointers which I believe will help me to improve myself. Few books about leadership and courses were mentioned and one of the most interesting was about risk analysis in a sense that what are acceptable risks in production. The point of the discussion was that it is something that is hardly spoken during the development or agreed. If those risks would’ve been identified and defined then the test automation could first focus on verifying those features before deploying to the production. After the unacceptable risks have been covered then test automation could be extended to cover those known risks as well. Typical discussion of the risk management is during the feature planning that what is the impact of the current implementation (do we need to refactor or is there a chance to get regression bugs etc).

Overall the trip was really nice. For me it was the first time to be in Amsterdam as well as to be first time in CITCON. People in the conference were really keen on subjects. This was very nice compared to the traditional conferences where most of the attendees are there just to listen what the speaker has to say and then leave. As a first timer I didn’t really know what to expect but I felt that I would’ve gain more from the event if I also had a topic to discuss, so next time (if I can attend) I will held a demo/workshop. That is a promise.