This Groovy tutorial for Jenkins will show you how to use Apache Groovy script to build a Jenkins pipeline. Groovy is suitable for beginners and is a good choice for uniting teams' scripts.

What is an Apache Groovy Script?


But what is Groovy? Well, Apache Groovy is an object-oriented programming language used for JVM platform. This dynamic language has a lot of features drawing inspiration from Python, Smalltalk & Ruby. It can be used to orchestrate your pipeline in Jenkins and it can glue different languages together meaning that teams in your project can be contributing in different languages.

Groovy can seamlessly interface with the Java language and the syntax of Java and Groovy is very similar. If you forget the syntax when writing Groovy, you can continue to write directly in Java syntax. Groovy can also be used as one of the scripting languages for the Java platform. Groovy scripts can be called in Java, which effectively reduces time spent on Java development.

It also offers many productivity features like DSL support, closures, and dynamic typing. Unlike some other languages, it functions as a companion, not a replacement, for Java. Groovy source code gets compiled to JVM Bytecode so it can run on any platform.

Here are the major reasons why you should consider using Groovy, a commonplace option for creating pipeline files.

1. As we said earlier, Groovy is an agile and dynamic language. It has seamless integration with all existing Java objects and libraries.

Groovy is Java without types, so without defining the basic data types like int, float, String, etc. Basically it’s the same as Java: defining variable without specifying a type. Groovy will judge the type based on the value of the object.

2. In Groovy, the ‘for’ loop becomes more concise and easier to read. Groovy loop statements support: while, for, for-in, break, continue, and the whole is consistent with Java.

3. In Groovy, we can use scopes to define Collections or Arrays.

The search method in Groovy is also more flexible

Groovy also allows you to add or remove collections from collections.

When adding elements to a collection, we can use the following methods

4. A further benefit to Groovy is its Operators:

Groovy arithmetic operators, logical operators, relational operators and bitwise operators are all consistent with languages like nodeJS. Groovy’s == is equivalent to the equals methods in Java .

Add( ) Append the new value to the end of this list.

Get( ) Returns the element at the specified position in this list.

Contains( ) Returns true if this list contains the specified value.

Remove( ) Remove elements from the specified position in the list

Size( ) Get the number of elements in this list.

Sort( ) Returns a sorted copy of the original list.

6. In any other object-oriented language, there are concepts of objects and classes to represent the object-oriented nature of a programming language. Groovy implicitly creates getters, setter methods, and provides constructors with arguments.

7. Exception handling is the same as Java, using try, catch to catch exceptions in Groovy

There are lots of Advanced topics (JSON operation, Methods, Maps etc etc) in Groovy which can be referred to in official Apache Documentation

Groovy also combines the features of Python, Ruby and other scripting languages. It does a lot of syntactic sugar in grammar. When it comes to Java development, there is a lot of code that must be written in Java which can be omitted in Groovy as seen from the previous snippets.

To conclude: the key benefit of Groovy is that you can write the same function with less code, which in my mind means more concise and meaningful code compared to Java.

What are the disadvantages of using Groovy?

Some would say that a simpler infrastructure as code with declarative files, which using Groovy may not represent, is the better option to go for in the long term when pursuing DevOps. What’s more, Apache Groovy can seem like a hacky language at first.

However I’ve seen in practice that setting Groovy up has brought teams together in organizations that haven’t pursued DevOps explicitly before. It’s allowed them to work independently while increasing the amount of shared libraries.

For more detailed learning in Groovy look no further than their documentation.

Let’s talk about the Jenkins Pipeline approach in Jenkins and proper pipeline syntax. With Jenkins embedded Groovy support, plus a rich pipeline Step library reference, you can implement a complex build and release process by writing custom pipeline scripts.

Jenkins Pipeline can be created in the following ways:

Instead of relying on creating freestyle jobs and configuring it, Jenkins pipeline has a set of instructions for the Jenkins job to execute.

The first line shebang defines the file as a Groovy language script:

In-line Pipeline files do not have a shebang because it is supplied internally.

The same above written (declarative pipeline) example can be written in scripted pipeline code as well.

A scripted pipeline is a groovy-based DSL. It provides greater flexibility and scalability for Jenkins users than the Declarative pipeline.

Groovy scripts are not necessarily suitable for all users, so Jenkins created the Declarative pipeline. The Declarative Pipeline syntax is more stringent. It needs to use Jenkins' predefined DSL structure, which provides a simpler and more assertive syntax for writing Jenkins pipelines.

This defines where to execute the code on which machine.

The section must be defined at the top-level inside the pipeline block, but stage-level usage is optional.

For context: Jenkins has a concept of Master and worker nodes ie. slaves.

Why do we need multiple nodes

1. To distribute the job load on Jenkins

2. We have multiple nodes for different kinds of projects

For example, let’s assume we have two different kinds of projects:

For building Java job we need to use a Java Build Machine / Node.

We have multiple stages in our build in which each stage section has a different steps and commands to follow. When most of the Jenkins Pipeline’s work is performed it contains a sequence of one or more stages. It is recommended that the stages contain at least one stage directive for connecting various delivery processes, such as build, test, and deploy.

Stages in pipeline may declare a number of nested stages within a parallel block, which can be used to improve operational efficiency for stages that are time consuming and have no dependencies on each other. In addition, multiple steps in a single parallel can also be executed in parallel.

The core and basic part of the pipeline is step. Pipelines are made up of multiple steps that allow you to build, test, and deploy applications. Fundamentally, steps are the most basic building blocks of the declarative pipeline and the scripted pipeline syntax to tell Jenkins what to do.

The scripted pipeline does not specifically describe steps as part of its syntax, but in the pipeline steps reference document, the steps involved in the pipeline and its plugins are described in detail.

Jenkins pipeline allows you to compose multiple steps that helps to create any sort of automation process. Think of a step like a single command which performs a single action. When a step succeeds, it moves onto the next step. When a step fails to execute correctly the pipeline will fail.

The triggers directive defines the automated way how Pipeline automates triggers. According to the Jenkins documentation, the triggers currently available are cron, pollSCM and upstream.

Accepts a cron-style string to define the regular interval that the pipeline triggers, for example:

Accepts a cron-style string to define Jenkins to check SCM source changes Regular interval. If there are new changes, the pipeline will be retriggered.

pipeline {
agent any
stages {
stage('Test') {
steps {
sh 'echo "Fail!"; exit 1'
}
}
}
post {
always {
echo 'always runs regardless of the completion status of the Pipeline run'
}
success {
echo 'step will run only if the build is successful'
}
failure {
echo 'only when the Pipeline is currently in a "failed" state run, usually expressed in the Web UI with the red indicator.'
}
unstable {
echo 'current Pipeline has "unstable" state, usually by a failed test, code violations and other causes, in order to run. Usually represented in a web UI with a yellow indication.'
}
changed {
echo 'can only be run if the current Pipeline is running at a different state than the previously completed Pipeline'
}
}
}

For exception handling you can now use the try catch block in order to execute the step and catch exceptions.

Jenkins can record and aggregate test results so long as your test runner can output test result files. Jenkins typically comes bundled with the JUnit step, but if your test tools cannot output JUnit-style XML reports, then there are additional plugins which process practically any widely-used test report format.

To collect our test results and artifacts, we will use the post section.

As the pipeline is adopted for more and more projects in an organization, common patterns are likely to emerge. Oftentimes it is useful to share parts of pipelines between various projects to reduce redundancies.

A shared library is defined with a name, a source code retrieval method such as by SCM, and optionally a default version. The name should be a short identifier as it will be used in scripts.

Consider the below following folder structure: (straight from the jenkins documentations)

The src directory should look like standard Java source directory structure. This directory is added to the classpath when executing pipelines.

The vars directory hosts script files that are exposed as a variable in pipelines. The name of the file is the name of the variable in the pipeline. For a more detailed walk-through of defining shared library in Jenkins. There are more options and other available snippets which we can try creating and running on the Jenkins system using Jenkins file.

The resources directory all the non-Groovy files/helper scripts required for the pipeline can be managed in this folder, from the above structure the sample. JSON template is stored in the resources folder and can be called in the shared library using libraryResource function.

You can use or call the library you've made by

Sample of writing functions in the Groovy shared library

The vars directory hosted scripts that define global variables accessible from the pipeline.

Internally, scripts in the vars directory are instantiated on-demand as singletons. This allows multiple methods to be defined in a single .Groovy file for convenience.

Shared library Groovy classes cannot directly call steps such as sh or git. Explicitly, we can pass a specific global variables env (contains all current environment variables) and steps (contains all standard pipeline steps) into a method of the class. They can however implement methods, outside of the scope of an enclosing class, which in turn invoke pipeline steps.

Which can then be called from a scripted pipeline:

stage('Build') {
steps {
// build, build stages can be made in parallel aswell
// build stage can call other stages
// can trigger other jenkins pipelines and copy artifact from that pipeline
}
}

I hope this has helped you on your journey with Groovy! 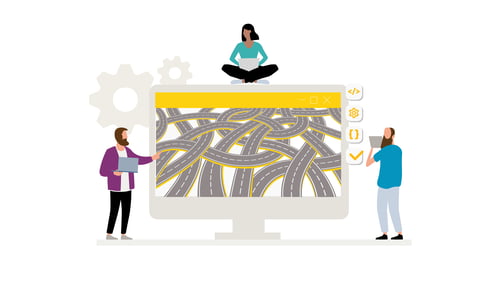 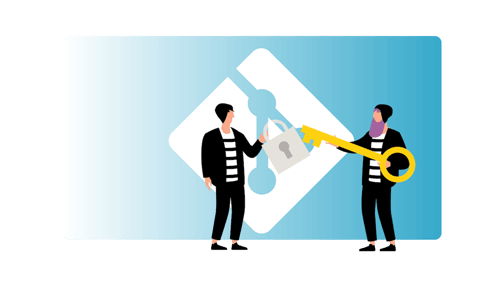 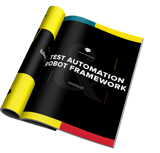 Automated testing is a cornerstone of Continuous Delivery. Read this test automation guide.